What the Heck is the 180 Degree Rule? – Definition and Examples

You might hear on set a DP or camera guy to discuss the 180 Degree Rule and say:

“You can’t put the camera there, you’ll cross the line”

There’s a lot more to shooting a great scene than just planting a camera somewhere and yelling action. We all want to shoot a scene that can be cut together to achieve great continuity with a good variety of shots.

The 180-degree rule is a cinematography guideline that states that two characters in a scene should maintain the same left/right relationship to one another. When the camera passes over the invisible axis connecting the two subjects, it is called crossing the line and the shot becomes what is called a reverse angle. Reversing the angle is commonly thought to be disorienting and can distract the audience from the intent of the scene. 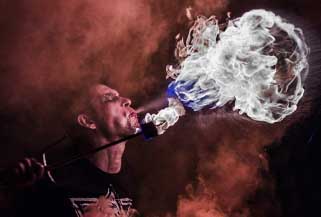 I broke the 180-degree rule in my film This is Meg and all is OK. I knew the line was there but made a call and it worked out perfectly. You just have to understand the rule so then you can later choose to follow it or not.

There’s a lot more to shooting a great scene than just planning a camera somewhere kneeling action. We all want to shoot a scene that can be cut together to achieve great continuity with a good variety of shots. But 180 degree rule is a useful tool to help you achieve this. In this segment, we talked about the basic principles of the rule, establishing action lines, working with shifting action lines, and redefining the action line using neutral shots, camera movement, and cutaways. Knowing how to apply the 180 degree rule and when you might want to break it can take your production skills to the next level.

The basic idea behind the 180 degree rule is to establish and maintain the screen direction of your actors or action in the scene. Failure to follow the rule can make scenes difficult to follow for your audience. The most important factor in working with the 180 degree rule is knowing how to establish a line of action. The line of action is an imaginary straight line that is drawn between a subject and an item or person they’re interacting with, or a straight line drawn along a path that a subject is moving on. Let’s look at two actors position for a dialogue scene.

As an example, if we look at the scene from overhead, we can draw a straight line from actor one sight line to actor two’s. This is our line of action for this scene. The 180 degree rule states that once you place your camera on one side of the line, you should keep all your shots within the 180 degree arc on the same side of the line in order to maintain proper screen direction.

When you first introduce a scene, you’ll typically have an establishing shot to help orient your viewers. The establishing shot gives the viewer the basic geography of the scene and determines the screen direction of the actors or action. This is the establishing shot for our scene, an actor one faces screen right and actor two faces screen left. As long as the camera doesn’t cross our action line, our actors sight lines stay consistent. This prevents the viewer from being confused or disoriented. In contrast, if we cut to a shot that has the camera placed on the opposing side of the action line, our actors are now facing the opposite direction and their sight lines will not match up properly.

Taking a look at the two shots in Split Screen clearly demonstrates the concept when shot properly are actors look toward each other. When the 180 degree rule is broken, our actors no longer appear to be looking toward each other. We can also apply the 180 degree rule to action, such as a person walking, let’s take a look from overhead. We can establish our line of action by drawing a straight line in the direction he is moving. If we place our camera on this side of the action line, our actor will be moving from screen left to screen right, we can change angles freely on the same side of the line without altering the screen direction of the actor.

If we were to move our camera across the line and cut to that shot, it will appear to the viewer as if the actor is traveling the opposite direction. This holds true for cars as well. And it’s extremely important in sports as you don’t want to have a player running toward the goal line, then cut to a shot that makes them appear to be running the opposite way.

Of course, you could break the 180 degree rule for dramatic purposes if the story supports it. If your character is disoriented or lost, it can give the audience the same feeling. So we’ve learned how to establish the action line and what happens when we break the 180 degree rule. Now let’s talk about movement within a scene that can cause the action lines to shift. If your scene has movement that will shift the action line, you’ll want to have a basic idea of which direction you’d like to shoot. Let’s take a three person dialogue scene as an example.

Here’s an overhead shot of the setup. Our initial action line is between actor one and two, because they will begin the scene by talking to each other. But once actor one turns to actor three to speak, our action line will shift. We’re going to establish our scene by placing the camera here and try to keep this initial point of view in mind when our action line shifts.

This means we’ll shoot from this side of action In line one, and this side of action line two, the key to making this work is showing the action that shifts the line. In this case, we want to clearly see actor one change his sight line from actor to to actor three. Once we’ve shown the turn, we can now place our camera anywhere along the 180 degree arc of the newly established action line. Now let’s have actor two and three turn to each other to talk. Looking at the overhead, we can see we now have established another new action line.

Based off our initial view, we choose this side of the line. Again, we must show one of our characters turn his head to establish our new action line. Once we’ve done that, we’re free to get shots on the proper side of the line. While something as simple as an actor changing his or her eyeline can shift the line of action, and actors movement can cause the line to shift as well. In this scene, one of our actors begins to walk off, then turns back toward the other. By changing their position, they’ve also moved the line of action.

And now a camera position that would have caused a screen direction shift is well within the newly established 180 degree arc. You can also intentionally create new action lines by using camera movement, neutral shots, or cutaways. In this scene, we’ve established our action line, but we want to transition to the other side of the line. One quick way of doing this is to show the camera breaking the line. As we move past our actor, our audience is now reoriented to the new screen direction, and we’re free to cut any shots that fall in the 180 degree arc of the newly established line. You can also use a neutral shot in order to reestablish an action line.

A third way to establish a new line is to use a cutaway shot. In this example, we might use a shot of the surrounding landscape followed by a shot taken on the opposing side of the action line.

Keep in mind that each time you establish a new action line, you are now locked into that 180 degree arc until the line shifts with your subjects action camera movement for specific camera shots. Creating a scene with well selected shots and great continuity is a crucial building block to telling effective stories with video. By understanding the 180 degree rule, you can shoot and edit your next project with confidence and style.